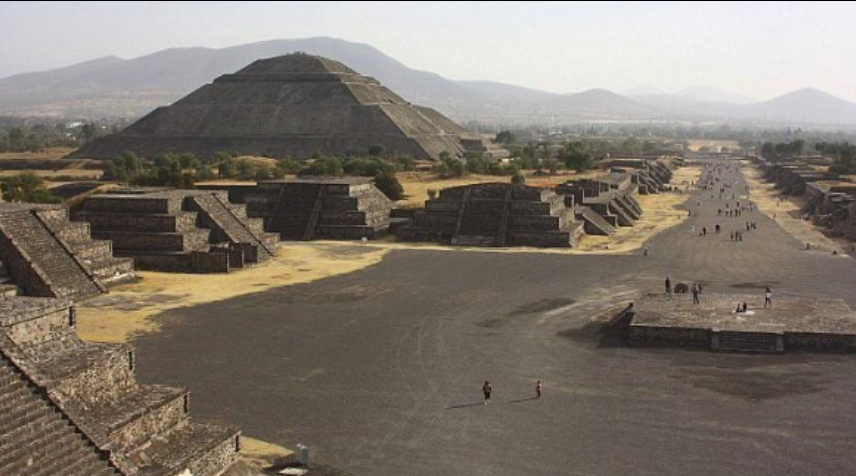 Teotihuacán was the massive pre-Aztec metropolis that was home to 125,000 people around 400 CE. The remains of the city still stand about 30 miles northeast of Mexico City and it is a popular tourist destination. While the site continues to be studied by archeologists it was largely believed to have given up all of its secrets. That all changed one rainy day in 2003.

The city was established around 100 BCE and lasted until 750 CE. It was the largest city in the region, and the sixth largest city in the world. It was a religious center and was known for its Mesoamerican pyramids and it’s complex, multi-family residential compounds. Those who knew the city best truly believed that they knew all there was to be explored there, and that there was nothing to be found underneath the Temple of the Plumed Serpent.

But then came a rainstorm in 2003 that turned the entire city into muck and created one very large sinkhole at the base of the Temple of the Plumed Serpent. Archaeologist Sergio Gómez was the first to see the sinkhole and wonder how they would be able to fix it. But then as he took a flashlight to get a closer look he realized that there was much more to the sinkhole than met the eye. Having spent 30 years studying Teotihuacán, Gómez was not about to let any part of the city escape his examination. With a rope tied around his waist and several of his colleagues looked on he descended into the hole.

When he reached the bottom of the hole he found himself in the middle of a tunnel. Gómez was able to see some of the ceiling, but the tunnel was blocked off in both directions by large stones. Knowing the city as well as he did, Gómez was aware that there was a tunnel that ran under another pyramid in the complex, the Temple of the Sun. Gómez believed that he may have found a similar tunnel, a mirror tunnel underneath the Temple of the Plumed Serpent. If he was correct, it was a discovery that could make his career.
But in order to explore further he would need to prove his theory. He got the help of the National Institute of Anthropology and History and they provided a ground penetrating radar device. This would give Gómez the proof he needed to be able to excavate further into the tunnel system. Starting in early 2004, he began to work on creating a digital map of whatever was underneath the pyramid. By 2005, the digital map was done and Gómez had the proof he needed.

It turned out that he had fallen into the tunnel a few yards past the actual entrance. The tunnel spanned 330 feet right to the center of the pyramid. The actual entrance to the tunnel was sealed with massive boulders and from the efforts made by the builders, it was clear to Gómez that the tunnel was never meant to be opened. The sealed tunnel was a substantial find for two reasons. The first was that the efforts made to seal the tunnel could mean that there was something very significant hidden within. The second was that the tunnel underneath the Temple of the Sun had fallen prey to looters before being explored by archaeologists in the 1990s. Whatever was hidden underneath the Temple of the Plumed Serpent had not been touched in 1,800 years.

In 2009, Gómez finally got permission to dig, and what he found remains as one of the greatest discoveries in Mexican history.

Previous Post: A TEAM OF ARCHAEOLOGIST OPENS JESUS CHRIST’S TOMB FOR THE FIRST TIME IN 500 YEARS

Next Post: 5 Reasons Why You Should Eat An Entire Avocado Every Day