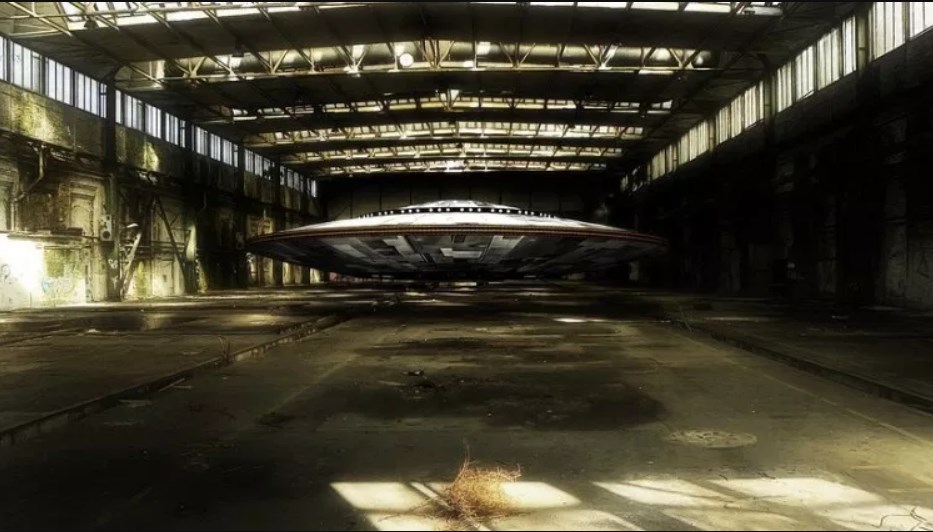 The US Government, Pentagon included, indeed has mysterious metals that belong to UFOs that visited Earth in their storage, says a former British MoD insider.

In December, the New York Times published an article detailing a 2012 top-secret mission of Pentagon dedicated to examining the possible dangers of UFO activity.

According to it, there was a material that was determined to be ‘unknown to science’ after the experiments. This material was filed in Pentagon facilities.

Thereupon, it was altered by a private aerospace company which received a great amount of money from the DoD to study the anomaly.

The head of the AATIP was a military intelligence official, Luis Elizondo. He ran the mission on the fifth floor of the C wing of Pentagon.

Bigelow Aerospace ran by billionaire Robert Bigelow in Las Vegas, took the majority of the money. Bigelow was also collaborating with NASA in order to create a new expandable spacecraft.

Anyway, there weren’t any photographs of the alleged mysterious material. We neither encountered details of the discovery location or reports from the tests.

Ralph Blumenthal, one of the reporters, later explained: “They have, as we reported in the paper, some material from these objects that is being studied so that scientists can find what accounts for their amazing properties, this technology of these objects, whatever they are.

“It’s some kind of compound that they don’t recognize.

“We printed as much as we were able to verify. Can’t go beyond that.”

Following plenty of assertions regarding the truthfulness of the reports, Nick Pope, who has studied UFO threats for the British MoD, supported the report.

Pope’s examinations back in the 1990s didn’t reveal such material in the UK. On the other hand, he believes such metal does exist in the US.

He said for Express.co.uk: “The recent revelations about the Pentagon’s UFO project are all true.

“The project existed and was funded to the tune of $22 million.

“Some of the personnel involved with this project came to believe some of the objects were extraterrestrial.

“There are recovered “materials”, the full details of which have yet to be disclosed.”

Mr. Pope was asked how is he so sure that such materials exist in Pentagon’s storage. He said that he is certain of their existence regarding two viewpoints.

In the first place, Elizondo told the New York Times and others about his view on the AATIP.

“Secondly, the original New York Times article on December 16 states that the paper saw contracts relating to the project, maybe as a result of Freedom of Information Act requests, but possibly as a result of material having been passed to them by Luis Elizondo or by someone else associated with the project.

“The implication in the New York Times article is that the alloys were mentioned in one of these contracts, which would have had to have contained some breakdown of how the money was going to be spent.

“A specific expense seems to have been the modification of some Bigelow Aerospace buildings to store these alloys and other UFO-related materials,” said Pope.

Mr. Pope was certain that we will become aware of the results of the tests carried on the alloys.

For that matter, we know that Bigelow Aerospace is conducting tests for AATIP. Thus, he wondered whether this is adequate to retain them outside the reach of the US Freedom of Information Act.

Pope said he doesn’t know how these materials were taken, but they surely have a link with UFOs. He thinks that they could possibly originate from some kind of a military event.

“However, we also know that Bigelow Aerospace acquired all sorts of UFO-related materials from civilian UFO research groups such as the Mutual UFO Network (MUFON).

“Imagine a scenario where a farmer sees a UFO over his cow pasture, and later found some bits of metal in the field.

“He assumes – maybe wrongly – that it’s connected with the sighting, and gives it to a UFO investigator,” said Pope.