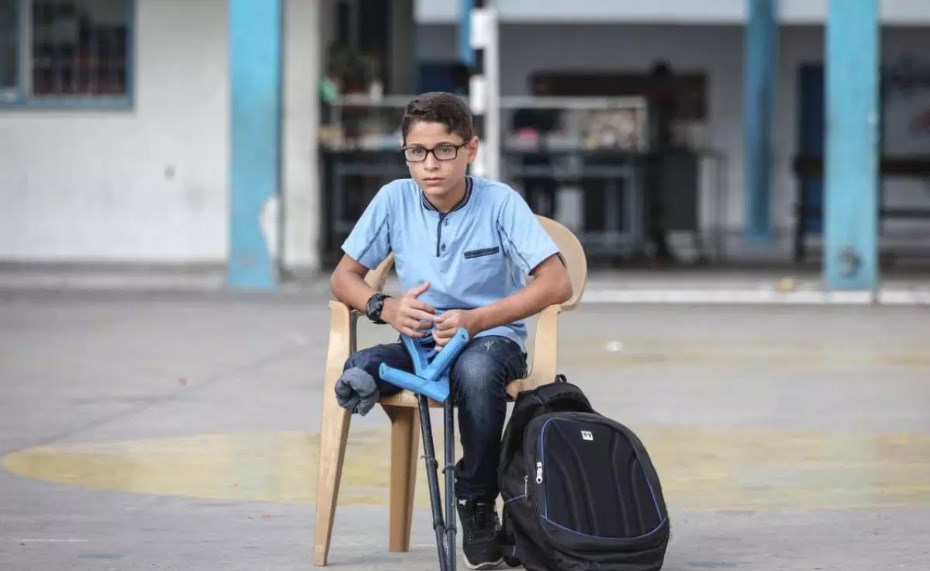 At least three children in the Gaza Strip are left permanently disabled every month as a result of armed conflict and Israeli violations, data from the World Health Organisation (WHO) has revealed.

The report by the WHO, released on Friday, cited data collected between March 2018 and March 2019, and stated that in the past year alone, a total of 172 Gazans were injured in such a way that they were left disabled for life, 36 of whom were children, meaning that one person is affected every other day.

Amputations make up an overwhelming proportion of permanent disabilities, with the most common cause being high-intensity gunshot wounds resulting in 121 amputations. Health agencies and organisations have warned that the number could rise if Gaza’s medical services are not urgently upgraded.

The report stated that these upgraded health services would cater for between 1,209 and 1,746 patients who have required specialised tertiary treatment in order to recover from their injuries, and warned that “without this treatment being made available in Gaza, the number of amputations may drastically increase in 2019.”

The vast majority of the life-changing injuries were inflicted during the Great March of Return, a series of weekly protests along the fence with Israel held to call for the Palestinian right of return to homes they were forced out of to make way for the creation of the state of Israel in 1948. The demonstration turned bloody when Israeli forces fired on peaceful Palestinian protestors with live ammunition and tear gas canisters.

Palestinians, in particular the elderly, sick and disabled, come together to call for international efforts to save Gaza from the humanitarian crisis [Mohammed Asad/Middle East Monitor]

Tear gas in particular was the most significant cause of general injuries, resulting in 10,768 counded, while a total of 6,872 bullet wounds made up 25 per cent of all injuries, the majority of which were to the upper and lower limbs.

Furthermore, Israeli attacks on hospitals and medical centres throughout recent years have exacerbated the health crisis in the enclave, hindering medical services and the deployment of foreign emergency medical teams. This has put an enormous amount of strain on the already-frail health care system in Gaza, which suffers from a lack of personnel, upgraded technology, and essential medical resources which has been made worse due to the land, sea, and air blockade imposed on the Strip by Israel since 2007.

“Trauma interventions in Gaza are not only a response to the emergency but also a longer-term investment in building the capacity of the health system to address the critical service gaps that have persisted for years,” said Gerald Rockenschaub, head of WHO’s office for the occupied Palestinian territory.

Next Post: Little Known Facts About Afghanistan and Bin Laden