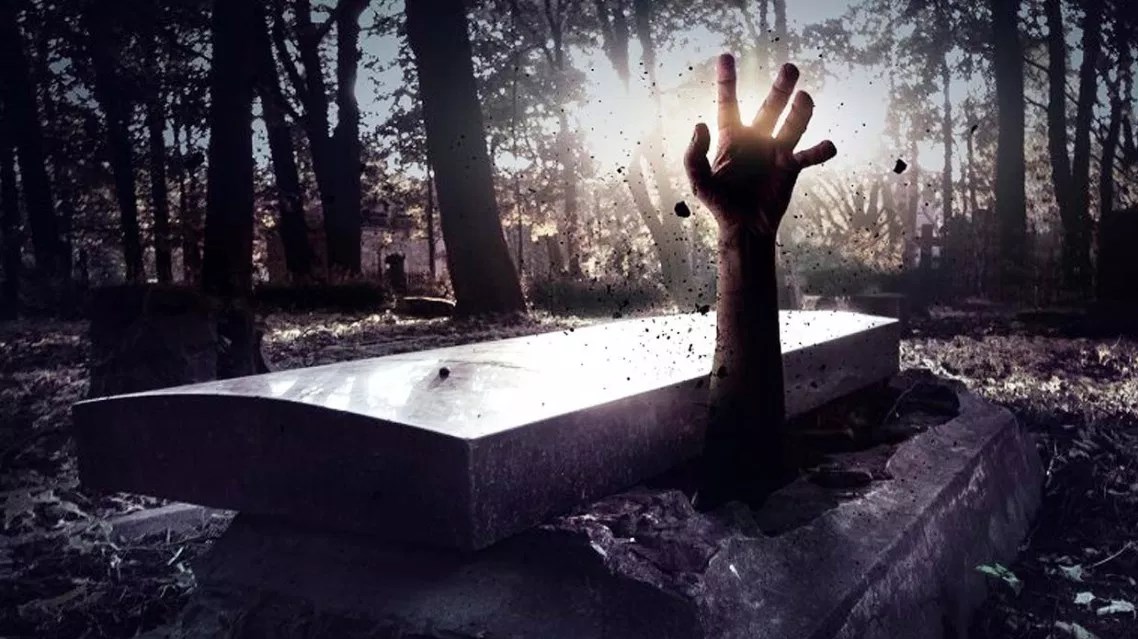 This week a surprising news was going around the world. The Spanish prison authorities were disconcerted after an inmate who was pronounced dead by three different doctors woke up in the morgue, only hours before performing his own autopsy. Gonzalo Montoya Jiménez, the prisoner of 29 years, was found without signs of life in his cell in the morning, on January 7, so he was transferred to the morgue of the Institute of Legal Medicine in a body bag when Pathologists heard something strange: Snoring coming from inside the bag.(resurrected after being declared dead)

Jiménez, who was serving a sentence for copper theft at the Penitentiary Center of Asturias, northwest of Spain, was treated for the first time by two doctors on duty in the prison, after they found him sitting unconscious in a chair in his cell. signs of violence. When he verified that he did not have vital signs, the doctors declared him dead, and an hour later a forensic doctor examined the body, coinciding with the first evaluations and issuing a third death report. Only later in the morgue did the doctors realize that something was not right.

At this point, Jiménez had already spent some time in the morgue, and his skin had been marked with lines for his imminent autopsy, at which point the corpse began to move. Later, Jiménez was taken into custody in an ambulance to another hospital to recover from his mysterious episode, and now appears to be in stable condition, but as to how it happened, the medical authorities of the prison have no explanation.

This is undoubtedly a surprising story that has attracted the attention of both the mainstream media and the scientific community. However, it is not the only well-documented case, which makes us ask the following: Is it a strange medical condition? Or maybe the explanation challenges all our knowledge about life and the afterlife?(resurrected after being declared dead)

Val Thomas: After complaining of chest pains, Val Thomas suffered two heart attacks at the hospital in Charleston, West Virginia. Without brain activity for more than 17 hours, the doctors used a special machine to lower and then increase the body temperature, but later, his heart stopped definitively. Without a pulse, the only thing that kept her alive was the respirator, so they decided to disconnect her while deciding what to do with her organs. Suddenly, Val woke up and started talking.  Later, the tests would show his good recovery, and the doctors gave him the medical discharge.

Fagilyu Mukhametzyanov: In Kazan, Russia, doctors declared Fagilyu Mukhametzyanov officially dead, and her family prepared her body for a quick funeral. While praying at the ceremony, Fagilyu awoke and opened her coffin in shock, to realize that she was about to be buried alive.  Due to the impact of the moment, he died definitively before arriving at the hospital(resurrected after being declared dead)

Kelvin Santos: Little Kelvin Santos stopped breathing while receiving treatment for a case of pneumonia in a hospital in northern Brazil. After being pronounced dead, the family took the body of their 2-year-old son home. That same night in his wake, the relatives cried disconsolately in front of the open casket, and, just before the funeral, the child sat down and said: “Dad, can I have some water?” Then he went back to stretching in the coffin. and died. Although his family decided to paralyze the funeral so that the doctors could reexamine him, he was buried that same night.

Lyudmila Steblitskaya: Lyudmila spent a day at the Regional Clinical Hospital in Tomsk, Russia, because she felt bad. However, when her daughter Anastasia went to visit her days later, she was told that her 61-year-old mother had died. Anastasia began to organize her mother’s funeral, buying flowers and a coffin. However, when the family went to look for the body, the doctors took her to her mother, who had awakened in the morgue after 3 days. Months later, the same thing happened again, Lyudmila was declared dead due to heart problems, but the doctors decided to give the mother the benefit of the doubt, so they managed to “resuscitate” her after several hours.(resurrected after being declared dead)

These are just some cases of people who were declared dead, only to wake up alive in their coffin or morgue. But what explanations are there for this mysterious phenomenon?

What is Lazarus syndrome?

The scientific community calls it the Lazaro phenomenon or Lazaro syndrome, which is a late return of spontaneous circulation (ROSC) after the end of cardiopulmonary resuscitation. In other words, patients who are declared dead after cardiac arrest experience an improvised return of cardiac activity.(resurrected after being declared dead)

The syndrome bears the name of Lazarus of Bethany, who, according to the New Testament, was brought back to life by Jesus Christ 4 days after his death. Since 1982, when the Lazaro phenomenon was first described in the medical literature, there have been at least 38 cases. According to a study published in 2007, about 82 percent of cases of Lazarus syndrome occurred within 10 minutes of cardiac arrest, and the other 45 percent of patients experienced good neurological recovery.

But, although the low number of report cases shows that Lazarus syndrome is rather strange, scientists believe it is much more common than the studies suggest. However, what causes the phenomenon of Lazarus remains a mystery, but there are some theories.

Some researchers suggest that the strange phenomenon may be due to an accumulation of pressure in the chest caused by cardiac arrest. Once all cardiac activity is suspended, this pressure can gradually release and start the heart. Another theory is the delayed action of medications used as part of resuscitation efforts, such as adrenaline. However, scientists say that, due to the few cases of Lazarus syndrome, it is not possible to discover the exact mechanisms behind this mysterious condition. It is for this reason that the possibility opens up to other theories that go beyond what can be demonstrated in a laboratory.(resurrected after being declared dead)

Leaving aside the medical theories, the cases of people who were declared dead and revived open an interesting debate, the possibility of seeing the “other side” and returning to tell it. Many people who have been on the verge of death and some of those who have been clinically dead have reported many strange experiences. Reports range from out-of-body experiences to a tunnel of light, a sense of well-being, pain relief and visions of deceased loved ones . These experiences, along with many others, are collectively known as “near-death experiences” or NDEs.

NDEs have become so common that some researchers have subdivided them into five different stages: peace, bodily separation, entrance to darkness, vision of light and finally entrance into the light. There have been many theories about what happens during a NDE. The most common among the most spiritual people is that it is about the transition of life to the beyond. Many cite it as positive proof that human consciousness can survive the death of the physical body.

Although it can also show that there is life beyond death. That said, what many people will ask is how there are cases of people returning from a state of clinical death without outside help. Some experts in the field tell us that a small number of people have the strange ability to be able to choose the moment of their death.   This would be possible pending issues or unfinished circumstances and if not finalized could accompany the deceased to the “other side”.(resurrected after being declared dead)

Do you have other theories about this mysterious phenomenon? Do not hesitate to share them.

Next Post: A “Flying Humanoid” About Phoenix, USA Unleashes the Controversy on the Internet (Video)