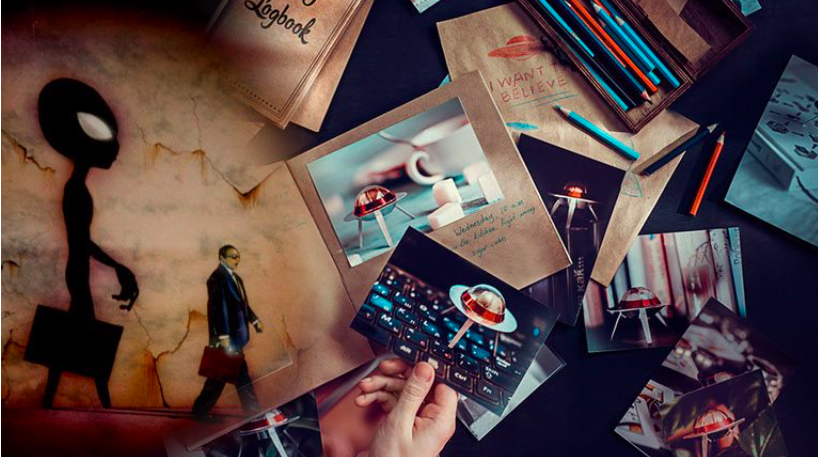 Leaked emails between our favorite presidential counselor and UFO researcher Leslie Kean reveal yet another unseen level of the layer cake known as the UFO conspiracy.

While we sit here, throwing outlandish theories at each other, the truth remains hidden, buried within secret archives and inside the minds of those with top government clearances. As if we needed another confirmation that we’re barely scratching the surface.

On October 7, Wikileaks started making public thousands of mails sent from John Podesta’s personal Gmail account. This is obviously the result of power games intended to destabilize the already rickety presidential campaign but one of its side effects could prove beneficial to well-meaning UFO researchers. Thank whoever did this for getting a chance to browse through this confidential change of replies.

At the beginning of March, 2015, John Podesta received an email from Bob Fish, a Trustee and Apollo Curator for the USS Hornet Museum since 2000. Fish dedicated years of his life to researching the Apollo 11 and 12 missions, so you could say he knows a thing or two about space. Below you will find the email he sent to John Podesta, who then forwarded it to notable UFO researcher and author Leslie Kean:

John – Just tuck this in your UFO files for future reference. One of the government programs that collects hard data on unidentified flying objects is the USAF DSP satellite program.

I can add a little insight to rumors published on the web. While I was never fully briefed into the DSP operation directly, I was introduced to them as the US prepared for Operation Desert Shield and Desert Storm. On occasion, I had lunch with a few of them in the cafeteria of a highly classified organization in El Segundo, CA. No one could get into the cafeteria without TS/SCI clearances, so this was not “lightweight group of gossipers.” One of these times, a member of that group was really excited – said they’d just picked up Fastwalker (I assumed that same day). He described how it entered our atmosphere from “deep space” (origin actually unknown, of course, but from the backside of the satellite) and zipped by the DSP satellite pretty closely on its way to earth. Not only was it going very fast but it made a 30 degree course correction (turn) which means it did not have a ballistic (free fall) reentry trajectory that a meteorite might have. So, it was under some sort of control – although whether it was “manned” or just “robotic” there’s no way to tell.

Although its now 24 years later, one factoid makes me think the USAF is still collecting information on these Fastwalkers. Reading the current official USAF “DSP Fact Sheet” there is this line near the end: In addition, researchers at The Aerospace Corporation have used DSP to develop portions of a hazard support system that will aid public safety in the future.
http://www.losangeles.af.mil/library/factsheets/factsheet.asp?id=5323

Also, much of the information on this site is accurate although I do not know the author or his sources: http://ufodigest.com/shadowmag/extra/topsecret.html

Somewhere within that USAF program office is many year’s worth of Fastwalker data. If someone were to collect and analyze it, patterns will emerge that provide information about the various types of craft and their destinations, which would add substantiation to eyewitness claims on the ground about UFO activity. Furthermore, it would be interesting to understand the dates of these appearances – is there a certain time of the every year they swarm in (which might indicate a resource mining operation) or might there be a correlation with major events on earth, (such as the detonation of the first atomic bomb at White Sands in 1945 although no DSP’s existed to provide any info on that particular event)?

Podesta’s reply to this email is short and to the point: “Thx for the note. Hard for me follow up at this moment but I will keep your contact information.”

To this, Bob Fish replied:

I know you are busy as heck so I appreciate your taking a moment to read this email and put it in a file for future use.

I emailed Leslie Kean ten days ago but have not received any response.
Based on significant personal experience, I can attest that UFO hunters are looking in the wrong places.

Random personal observations, fuzzy photographers, and crop circles will never “prove” the existence of anything, especially since UFO appearances to humans are transitory and somewhat related to the observer’s state of mind.

What needs to be collected and publicly disseminated is hard scientific data collected from instruments that are known to be accurate and reliable.

Within the US, this information has existed for many years and is still available today, if one knows “where to look” and “what to look for.”

Radar data and thermal imaging data is a good start, especially if one knows the flight envelope and maneuvering characteristics of a UFO.

If/when you might be interested in gaining more specific information (program names) please feel free to contact me by email to arrange a phone call or meeting (I live in northern Cal but occasionally travel to DC for business activities)!

While I am publicly known by my work with the USS Hornet Museum, this communication with you is entirely PRIVATE and CONFIDENTIAL and has nothing to do with the museum.

Hard-hitting stuff, but not all that unexpected.

It is unclear whether Kean met with Bob Fish, but the fact that Podesta forwarded his email to her is evidence enough that he thought the subject worth researching. Furthermore, previous message exchanges between the two indicate that Kean and Podesta are collaborating together on the subject of UFOs and their disclosure.

In one particular email, Kean asked a member of Podesta’s team whether John would have anything against her co-authoring an “op-ed calling for release of files and a new government project on UFOs.”

“It will include only things already public, like the CAP briefing in 2011, the foreword in my book and the foreign agencies,” Leslie wrote.

To some, this is a clear indicator that Podesta and Kean are both aware of things not currently divulged to the public.

Previous Post: Project SIGMA, or How They Began Selling Your Genome to The Greys

Next Post: Mysterious Metal Fragment Found Near Roswell Could Be Proof of 1947 Crash