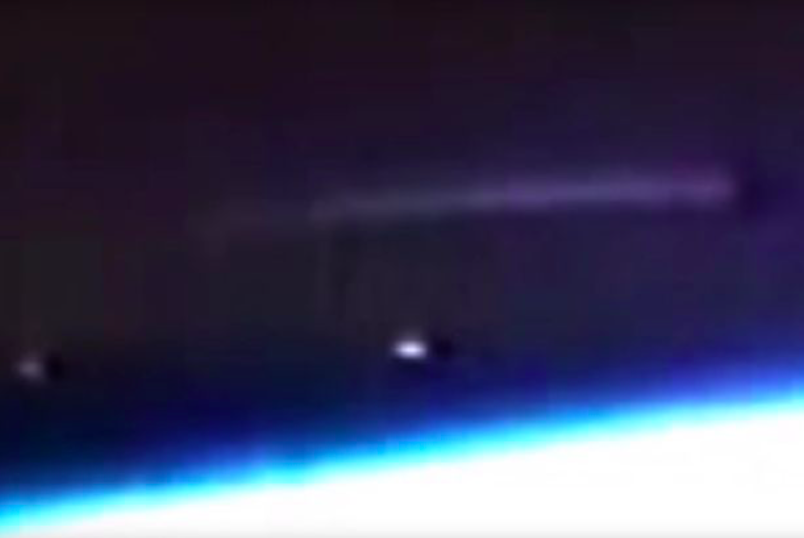 A bizarre ‘megaship’ has allegedly been captured by an International Space Station (ISS) camera before Nasa reportedly dims the feed.

Conspiracy theorists are claiming that the footage could have been altered by the independent space agency to make the objects ‘disappear’.

In the clip, a long ‘cigar-shaped’ UFO is seen hovering above the Earth’s horizon with two bright reflective-objects sitting just below.

In a caption, he writes: “I thought I was seeing things. I had to be quick.

“The dimming at the end was sudden and my guess is they [Nasa] turned down the brightness a little.”

Speaking about the clip, fellow UFO hunter Tyler Glockner, who runs conspiracy site Secure Team 10, said: “We definitely see some anomalous objects, we have this very long cigar-shaped UFO. It’s unidentified, we don’t know what it is.