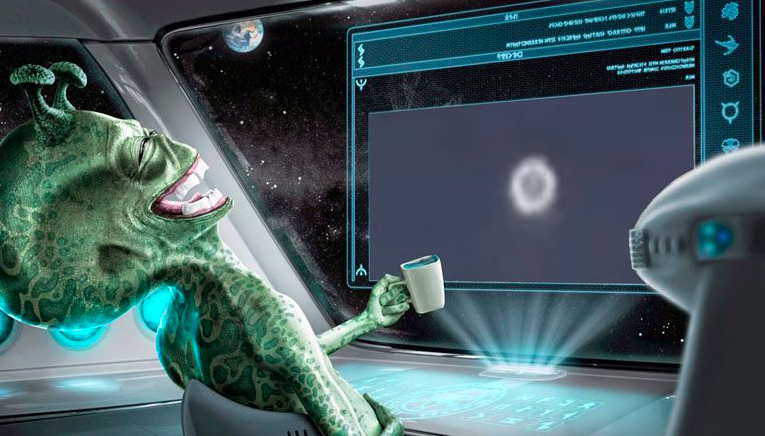 One of the best and well-documented UFO sightings in recent times has just taken place in Iran. Witnessed by thousands, this intriguing event is sure to leave a lasting mark.

10/10 this is the best UFO sighting since the Homeland security footage hit the scene. We should be quick to point out this was not the Falcon 9 rocket since its flightpath and landing area was nowhere near the region where the UFOs were sighted. So here’s a quick summary of what happened.

On February 19, at 6:44 p.m. local time (10:44 EST), residents from multiple cities in Iran and Kuwait witnessed a strange event unfold in the sky over their heads. A bright, spherical object traversed the Earth’s atmosphere, at an altitude estimated to be between 30,000 and 40,000 feet. In some places, the UFO was seen all by itself while in others it was accompanied by a ring-shaped object resembling an orb UFO but with a hollow center.

Thousands of people witnessed the event and panicked calls started flooding emergency services. Here is a video of the object as it was seen from Sanandaj, the capital of the Kurdistan province in Iran:

As you can see from the vide, the unidentified object emits a forward-facing plasma jet before decelerating. We can only speculate on this behavior; perhaps it needed to jettison some unknown substance it was carrying or maybe it let loose a swarm of probes too small to be perceived as individual entities. Here is another view of the incident, filmed in the province of Lorestan, central Iran:

Here we see the UFO cruising at high altitude, undoubtedly scanning the ground below to serve its inscrutable purposes.

The clearest Iranian view of the UFO comes from Dezful. Here the plasma discharge can be clearly seen propagating like a wave in front of the object. Concerned locals can be heard commenting in the background, their amazement palpable.

Multiple Iranian news agencies picked up the subject shortly after the sighting took place and the authorities were unable to offer a satisfying explanation about what the object could have been.But as strange as this incident might be, the people of Kuwait were treated to an even weirder occurrence. Here, the same spherical UFO was filmed but this time it was accompanied by another stationary object. This second object had a peculiar, hollow orb shape. Could it have been a portal like the one that opened over Olympia, WA last summer, the one that turned one of our readers into a believer?

Here’s a video showing the two objects as they appeared over the Doha region at approximately 6:12 local time:

And here is another video, this one with surprised English comments 🙂

A third video shows the same weird discharge propagating for what appears to be several miles:

On the same day, SpaceX’s Falcon 9 rocket took off from pad 39A at Cape Canaveral with a payload intended to reach the International Space Station. It successfully reached its destination and also had a safe landing. Although some speculated the strange plasma discharge could have been caused by rocket’s cold gas thrusters, this isn’t the case. The rocket’s trajectory took it nowhere near Iran or Kuwait.

We can also safely rule out the ISS since its flightpath took it to a different part of the sky at that time. The International Space Station’s size and speed are also inconsistent with what can be seen in the videos.

Additionally, sources confirm no other launches took place in the airspace above the two countries. It seems the object remains unidentified and its peculiar behavior leave enough room for speculation.

It’s certain that more details will become available in the following days so be sure to check with us for future updates. In the meantime, keep a watchful eye on the skies, who knows what you might catch!