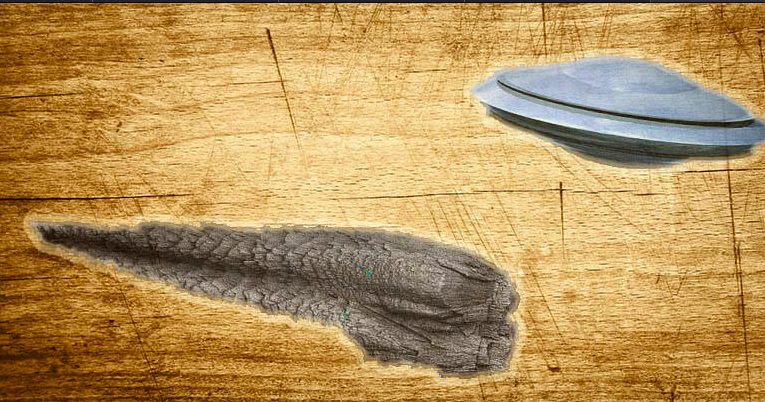 You can’t convince people of the existence of extraterrestrials until they see it with their own eyes. But what happens when a life-long skeptic becomes convinced of the UFO phenomenon? Well, as in all other cases, nobody believes him.

Back in 1985, Bob White and his friend were driving from Denver to Las Vegas on a desolate highway in the vicinity of the Colorado-Utah boarder. At about 2 or 3 AM, his friend noticed a peculiar light up in the distance, so he decided to inform White about it who was asleep in the car at that time. However, the man went back to sleep as he didn’t consider much of the light up ahead.

After a while, his friend woke him up just in time for a grand UFO sighting that would change his life forever. White saw a big blinding light in the sky. He immediately got out of the car and stared at the luminous object in amazement.

The object was about 100 yards in front of him, he describes, and it was huge…absolutely huge. In time, the lights bolted toward the sky and connected with a pair of neon, tubular lights – the mothership,”

As he was standing there petrified, the luminous UFO continued its way eastward through the Colorado sky before disappearing from the line of sight. As the craft was building up distance, White noticed an orange light falling to the ground.

“It was red hot when I reached it,” he said, “But in time it cooled enough to pick it up.” He grabbed the curious item and placed it into the trunk of the car.

The object has a rigid, metallic surface and it measures seven and a half inches. It has a teardrop shape and it weighs less than 2 pound while it’s composed primarily of aluminum.

After witnessing this event, Bob White turned from a skeptic to a firm believer of the UFO phenomenon. He has been trying ever since to prove the extraterrestrial origins of this mysterious object, but without success. He sent a sample to the New Mexico Institute for Discovery Science, but after a few tests have been conducted, the report gave no clue that it could be of ET origin.

Sargent Gary Carpenter from the North American Aerospace Defense Command in Colorado Springs, said it was a common thing when people called him about strange lights and UFOs. However, not once were those reports identified as alien crafts.

USUALLY IT TURNS OUT TO BE SPACE DEBRIS FROM SATELLITE THAT’S DECAYING, OR IT’S IN THE REALM OF NATURALLY OCCURRING, CELESTIAL LIGHTS, HE SAID. IT COULD BE SOMETHING LIKE A FALLING STAR, IT COULD BE CONTRAILS, THE THINGS YOU WOULD SEE TRAILING AN AIRCRAFT.

After all these years, White is still convinced the bizarre object he holds is of extraterrestrial origins, even though he spent over $60,000 having the artifact tested and retested. He gently packs it up in a gun case every day at 5 PM, so the precious item never spends two nights in a row in the same place.

Convinced of the truth, Bob White vowed to someday prove the alien origins of his bizarre conic object.

I DON’T KNOW WHAT I HAVE TO DO TO PROVE THIS IS THE TRUTH. YOU CAN’T MAKE THIS STUFF UP.
You can see the full, detailed story in the videos below.

Next Post: ALIEN TECH FOUND OUT: US AUTHORITIES INSIDER EXPLAINS HOW UFOS FLY