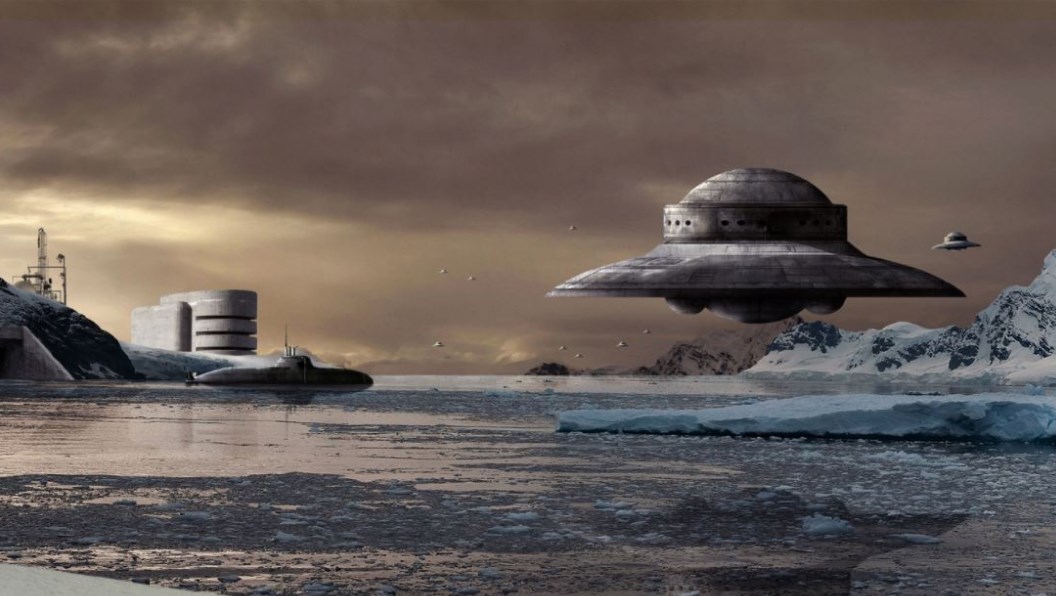 Antarctica Flying Saucers: flying saucers have been seen flying over Deception Island for two hours by Argentine, Chilean and British bases (military) in Antarctica. The flying saucers were also seen flying in formation over the South Orkney Islands.

It’s incredible what you can find when you search through declassified CIA and FBI Documents.

The idea of UFO’s and alien life was ridiculed and considered nothing more than the figment of imagination if we look back a couple of decades into the past.

While there was ‘conclusive’ evidence that UFO’s are real, people weren’t probably as interested as society is today in the UFO phenomena.

This is most likely due to the fact that there is countless evidence to support the idea today.

Hundreds of thousands of documents—declassified documents—have been made available to the public in recent decades.

These incredible documents provided by government agencies such as the FBI and CIA prove without a doubt that Earth has witnessed ‘things’ that humans cannot explain.

The documents show how the military, pilots, and even astronauts have witnessed ‘technology’ that goes far beyond what humans are able to create.

Thanks to the CIA’s Freedom of Information Act electronic reading room, we are able to search countless documents related to UFOs and flying discs. These documents are freely available on the official CIA website.

Countless documents like those from the CIA and FBI are backed up by different claims that have been made by former Astronauts, Scientists, and military personnel—the kind of people that had the opportunity to be at the right time at the right moment, to witness what many of us are unable.

In addition to the countless documents, it is of great importance to pay attention to what people belonging to positions of power have to say about UFO’s and flying saucers.

Theodor C. Loder III, Ph.D., Professor Emeritus of Earth Sciences, University of New Hampshire said: “Intelligent beings from other star systems have been and are visiting our planet Earth. They are variously referred to as Visitors, Others, Star People, Et’s, etc.…They are visiting Earth now; this is not a matter of conjecture or wistful thinking.”

“I’ve been asked about UFOs, and I’ve said publicly I thought they were somebody else, some other civilization.”

While the above quotes are interesting, people love evidence. What more, people, love evidence especially when it talks about UFOs, why? Because UFO’s don’t exist officially speaking right?

Well, if you believe they aren’t real, and that UFOs are just one massive global hoax take a look at this declassified CIA document which mentioned 3 UFO’s hovering above military installations at Antarctica.

“ANTARCTIC FLYING SAUCERS” – A group of red, green, and yellow flying saucers has been seen flying over Deception Island for two hours by Argentine, Chilean and British bases (military) in Antarctica. The flying saucers were also seen flying in formation over the South Orkney Islands in quick circles.”

Next Post: A UFO The Size Of Planet Earth Seen Hovering Near Saturn (VIDEO)