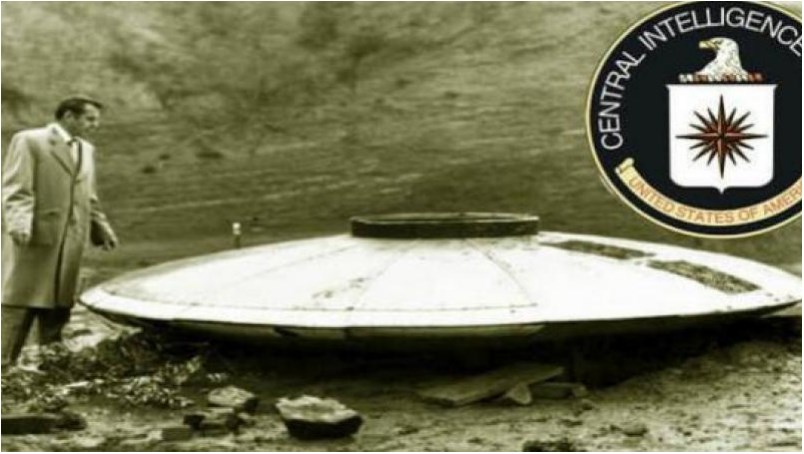 The CIA has released a wave of documents relating to the UFO phenomenon revealing interesting information about the intelligence agency’s secret investigations into what appeared to be extra-terrestrial incidents within the United States.Weird, UFOs, Paranormal, weird,

The newly declassified documents reveal that in 1952 alone there were almost one hundred incidents relating to the UFO phenomenon which the CIA had deemed to be ‘inexplicable’. The report states that the testimony upon which the files were compiled were ‘believable’ but that agents from the intelligence agency had no idea what could have possibly caused them. An agent from the CIA wrote that the situation would continue to be monitored and that there ought to be no reports made to the public about the nature of the bizarre investigations.

According to a spokesperson for the CIA, these newly declassified files have been released to the public to coincide with the release of a new series of the cult science-fiction television program, the X-Files. “We have decided to release to publicity a few files that even the most skeptical individuals will find appealing. Five of these files are fit for “X-Files” Agent Fox Mulder, but the other five files are perfect for his skeptical partner, Agent Dana Scully, ” the spokesperson explained.

However, this explanation has been treated dubiously by some UFO researchers who think that the re-release of the X-Files is nothing more than a convenient pretext for the CIA to release the documents to the general public. It is believed that the CIA wish to eventually disclose the existence of alien activity on this planet but that they want to gently ease the public into the disclosures so as not to engender mass panic or a breakdown of social control in light of the revelations.

In recent years, there have been murmurings that those in the highest positions of power in the world are gearing up to make a revelation about the existence of extra-terrestrial life on Earth. In December 2012, the Russian prime minister Dmitri Medvedev revealed that every leader of the Kremlin is briefed about the activities of extra-terrestrial beings on the planet. However, after the sensational revelation, the former president of the Russian Federation appeared to go silent on the topic. Could it be that all will be revealed shortly? Only time will tell.

Next Post: The 5 Most Credible UFO Sightings In Modern History