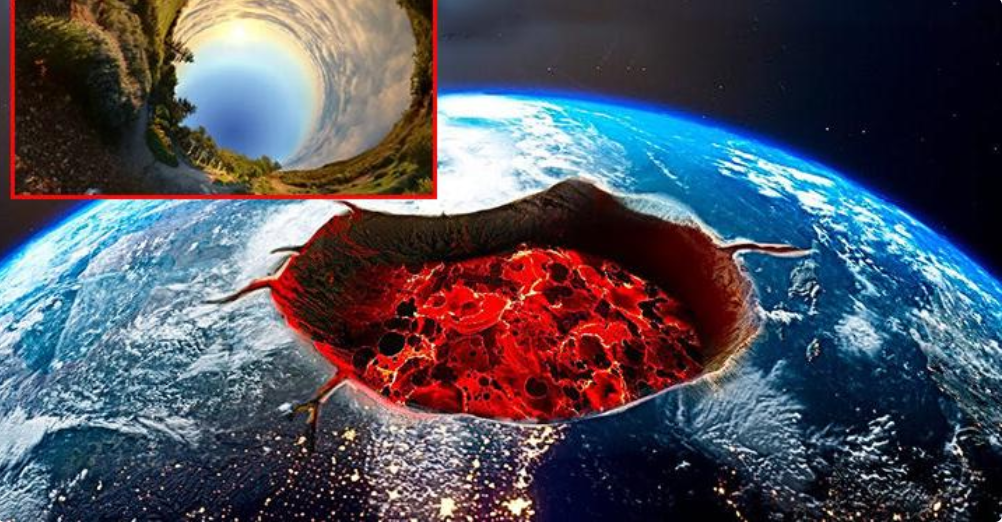 A team of Harvard scientists believe the remnants of an ancient Earth, dating to the time another planet collided with ours to produce the moon, may still be lodged deep within the Earth’s mantle.

If you thought it was a trip to see the Earth from space, then wait until you get a load of this: A team of scientists from Harvard University believe that have found evidence that an ancient Earth exists inside the Earth.

The team believes that a previously unexplained isotopic ratio from deep within the Earth might be a signal from material from before the Earth collided with another planet-sized body, which led to the creation of the Moon. This might be an echo of an ancient Earth that existed 4.5 billion years ago, prior to the proposed collision.

The current favored theory says that the Moon was formed 4.5 billion years ago when the Earth collided with a mass the size of Mars, dubbed “Theia.”

​This theory states that the heat generated by the collision would have melted the whole planet before some of the debris spun off to create the Moon.

But now, the team at Harvard, led by Associate Professor Sujoy Mukhopadhyay, believes that they’ve found evidence to support that only part of the Earth melted and that an ancient part still exists within the Earth’s mantle.

According to Professor Mukhopadhyay:

“The energy released by the impact between the Earth and Theia would have been huge, certainly enough to melt the whole planet. But we believe that the impact energy was not evenly distributed throughout the ancient Earth.

The team analyzed the ratios of noble gas isotopes from deep within the Earth’s mantle and compared the results to isotope ratios closer to the surface. They found that 3He to 22Ne ratio from the shallow mantle is significantly higher than the equivalent ratio deep within the mantle.

“This implies that the last giant impact did not completely mix the mantle and there was not a whole mantle magma ocean.”

Further evidence comes from analysis of the 129-Xenon to 120-Xenon ratio. Material brought to the surface from the deep mantle has a lower ratio than what’s normally found near the surface.

Because 129-Xenon is produced by the radioactive decay of 129-Iodine, the isotopes place the formation age of the ancient section of mantle to within the first 100 million years of Earth’s history.

“The geochemistry indicates that there are differences between the noble gas isotope ratios in different parts of the Earth, and these need to be explained.

“The idea that a very disruptive collision of the Earth with another planet-sized body, the biggest event in Earth’s geological history, did not completely melt and homogenize the Earth challenges some of our notions on planet formation and the energetics of giant impacts.

“If the theory is proven correct, then we may be seeing echoes of the ancient Earth, from a time before the collision,” said Professor Mukhopadhyay.

“This exciting result is adding to the observational evidence that important aspects of Earth’s composition were established during the violent birth of the planet and is providing a new look at the physical processes by which this can occur.”

The findings of the team at Harvard coincide with a German team’s findings supporting the theory that the Moon was formed 4.5 billion years ago after a catastrophic collision with a planet-sized mass.

Both the Harvard and German teams presented their findings to the Goldschmidt Geochemistry Conference in California.

Previous Post: 7 Early Signs of Cancer Ignored by 90% of People

Next Post: Expert Warns: Stop Using These 20 Medications Because They Cause Memory Loss