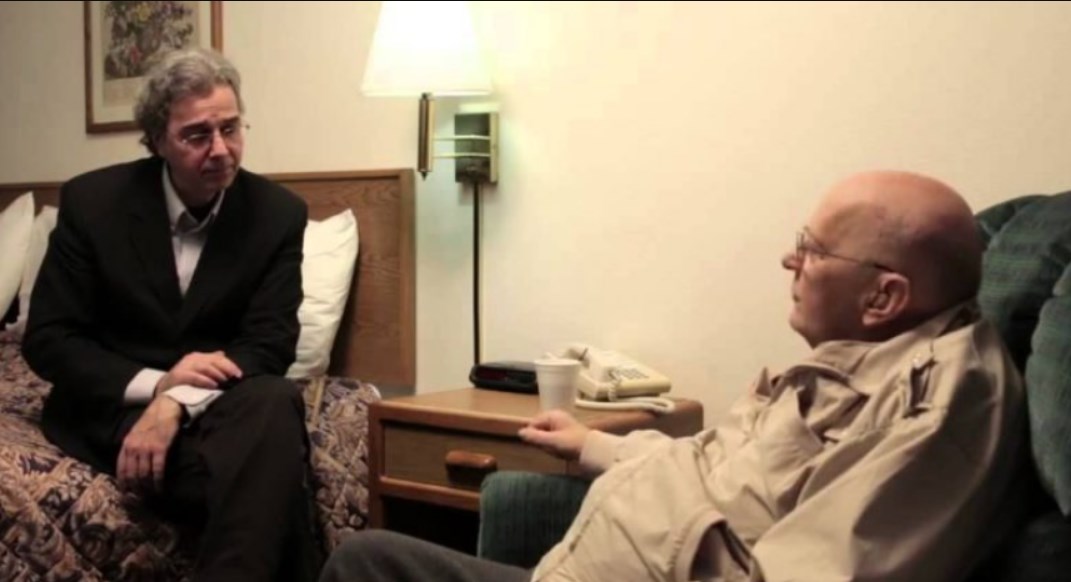 At an undisclosed location, with Richard Dolans, ex-CIA worker has nothing to lose and comes forward with his darkest secrets: Area 51 & the existence of extraterrestrial life.

Who want’s to carry such a burden on their shoulders, especially in their graves? Yeah, you guessed it!

This is not the first, nor the last deathbed confession…

Boyd Bushman (a dying scientist) also made a bizarre deathbed video claiming he knows what is really going on at Nevada’s mysterious Area 51 – and says that he reverse-engineered flying saucer technology for defense firm Lockheed Martin.

This time, ex-CIA worker comes forward with his ‘skeletons’ in the interview bellow. What he said will dazzle your brain, and you can let your gut feeling tell you if he’s speaking the truth… mine said he did!

Some of the highlights quoted:

“I guess there are different types of grays…  this one looked a little bit oriental… it didn’t look human as far as a skin tone, and basically the shape of it and the size… brain was kind of a little bit bigger, and their nose was very very small… their ears were just like holes, mouth was very small.”

And everything was deeply connected with the president Eisenhower and Nixon.

Next Post: NASA Just Saw Something Come Out Of A Black Hole For The First Time Ever