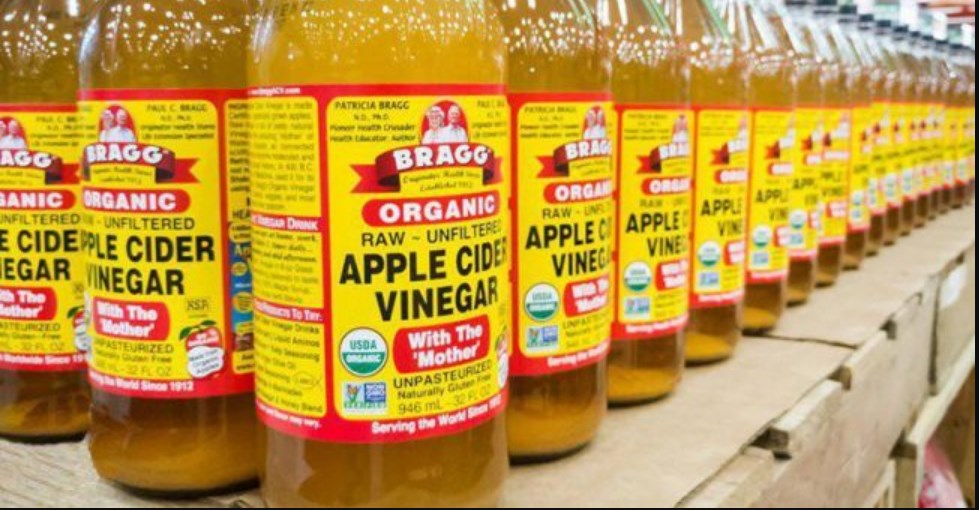 With hundreds of different uses in the household, apple cider vinegar can be listed in the most valuable items in your kitchen.

It is extremely rich in enzymes and probiotics and is made from apples which are let to ferment. Unpasteurized apple cider vinegar is made through a process similar to the one used for making other homemade fermented brews, and Dr.Mercola explains the steps of its production:

“In the first step of the process, sugar is dissolved in filtered water that is then poured over a variety of coarsely chopped apples. This mixture is allowed to set at room temperature for one to two weeks until bubbles begin to appear as the sugar ferments into alcohol. (Because the sugars are digested through the fermentation process, apple cider vinegar contains very little sugar and carbohydrates, making it a very attractive food from a dietary standpoint.)

During the second step of the process, the apples are strained out and the liquid is maintained, again at room temperature, for an additional three to four weeks. At this time, the alcohol is transforming into vinegar through the action of the acetic acid bacteria — this particular acid gives vinegar its distinctive sour tang.

As the bacteria do their job, a small amount of sediment will appear on the bottom of the container and the “mother” culture will form on top, which is a colony of beneficial bacteria.

In fact, you can quickly recognize organic, raw, unfiltered, unprocessed apple cider vinegar by the distinctive presence of the mother. It appears as dark, strand-like chains of cloudy bacterial foam that are actually protein enzyme molecules and probiotic bacteria. Mother can only exist in vinegar that is not pasteurized or filtered, which means you will not find it in most types of vinegar sold at the grocery store.”

It is apparently much more than a salad dressing, and here are some amazing things about it that you probably didn’t know:

Hippocrates used vinegar to treat wounds over 2,000 years ago. It effectively destroys bacteria like E. coli and S. aureus and is a safe and natural disinfectant.

The American Diabetes Association conducted a study in 2004, where 3 groups of people, ones with type 2 diabetes and non-diabetics, were given a concoction of 20 grams apple cider vinegar, 40 grams of water and a teaspoon of saccharine.

After 2 minutes, they received a white bagel, orange juice, and butter. The findings showed that apple cider vinegar increased insulin sensitivity in insulin-resistant individuals by 34% and by 19% in type 2 diabetics.

A Japanese study has found that acetic acid may help control blood pressure and fat accumulation.  It is bacteria found in vinegar, which is actually a byproduct of the fermentation process, in the form of a nontoxic slime, or the “mother.”

It is eliminated through a filtration process by numerous manufacturers, but if you want to reap all the benefits of apple cider vinegar, make sure you opt for the organic, raw, unfiltered variety.

4. Prevents the Onset of Diabetes by Lowering Postprandial Glycemia

Postprandial glycemia refers to the elevated blood sugar levels that occur after a meal, which is often the reason why pre-diabetes progresses to type 2 diabetes.

However, a study conducted at the Arizona University showed that the consumption of vinegar juice made of 20 grams of apple cider vinegar, 49 grams of water and 1 teaspoon of saccharine after a meal (bagel and orange juice) led to a 35% decrease in it.

Cancer is the silent killer of the modern era, with millions of people suffering from it all around the world. However, researchers maintain that apple cider vinegar can at least shrink and destroy some types of cancer cells.

High cholesterol levels lead to heart ailments, and if bad cholesterol accumulates in the arteries it causes cardiac arrest. The presence of chlorogenic acids lowers LDL or bad cholesterol, preventing it from accumulating and crystallizing in the bloodstream.

Apple cider vinegar was found to reduce bacterial count from 100 teeth extracted through a root canal exposed to the E. faecalis.

Apply a mixture of water and apple cider vinegar in equal amounts on the scalp, massage a bit, and leave to act for an hour or two. Afterward, rinse, and repeat twice a week.

Yet, some of they received apple cider vinegar, while the others drank water. After 12 weeks, the ones who had the vinegar lost an average of 1 to 2 pounds.

Previous Post: Scientists Explain What Happens To Your Body When You Drink Coffee Every Day

Next Post: Study Shows Fasting For One Day Can Regenerate Your Stem Cells