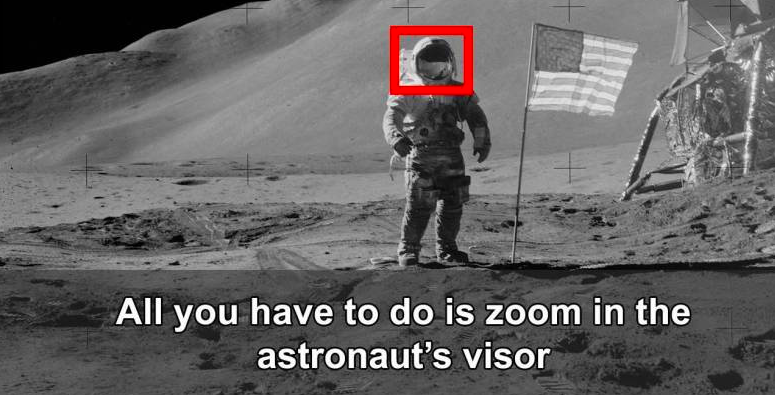 No, we don’t actually believe the Moon landing was a hoax. Thankfully, there is ample evidence that can prove that we’ve been on the moon more than 50 years ago.

NASA’s Moon Landings have given birth to two Massive conspiracy theories that remain present ever since mankind set foot on the Moon’s surface in 1969. Conspiracy theorists are convinced that: 1) We never actually been to the moon and 2) that we did go to the moon, but encountered an alien presence and that many photographs from the journey to the moon show evidence of massive, alien UFOs.

Apollo 11 was the mission that landed the first two people on the Moon’s surface.

Armstrong became the first person to step onto the lunar surface six hours later on July 21 at 02:56:15 UTC; Aldrin joined him 19 minutes later.

The astronauts remained about two and a quarter hours together outside the spacecraft and collected 47.5 pounds (21.5 kg) of lunar material to bring back to Earth.

Despite this historical achievement, people remain in disbelief that America made it to the moon.

Curiously, according to a 2018 poll by the Russian Public Opinion Research Center(Russian acronym VCIOM), 57 percent of Russians believe that there has never been a manned lunar landing and are convinced that the US government falsified videos, photos and other material evidence regarding the 1969 expedition.

In the UK on the other hand, a 2016 poll showed that some 52 percent of Brits believed the landings were a conspiracy.

In America, around 10 percent of the entire country’s population does not believe NASA ever landed an astronaut on the moon, and that everything was part of a massive conspiracy, filmed inside a Hollywood studio.

But those who believe in conspiracy, yet argue that NASA did send mankind to the moon propose another, more provocative conspiracy theory: NASA made it all the way to the moon but filmed and reported countless UFOs that are the ultimate evidence that we are not alone in the universe.

And when looking at the plethora of images available from the Apollo missions, some taken in space, while others were snapped on the moon’s surface, conspiracy theorists argue that “countless UFO’s are clearly visible” in the images.

As evidence, they say these following images are the ultimate proof of alien ‘activity’ on the moon.

Interestingly, in 2018, Dmitry Rogozin, the head of the Russian space agency, Roscosmos, announced that Russia was preparing a Moon mission which among other things had one specific purpose: “We have set the task of flying there to check whether they [the Americans] were there or not…They say they were, we will check.” 🤷‍♂️

Next Post: Here’s What Would Happen If a Black Hole Entered Our Solar System