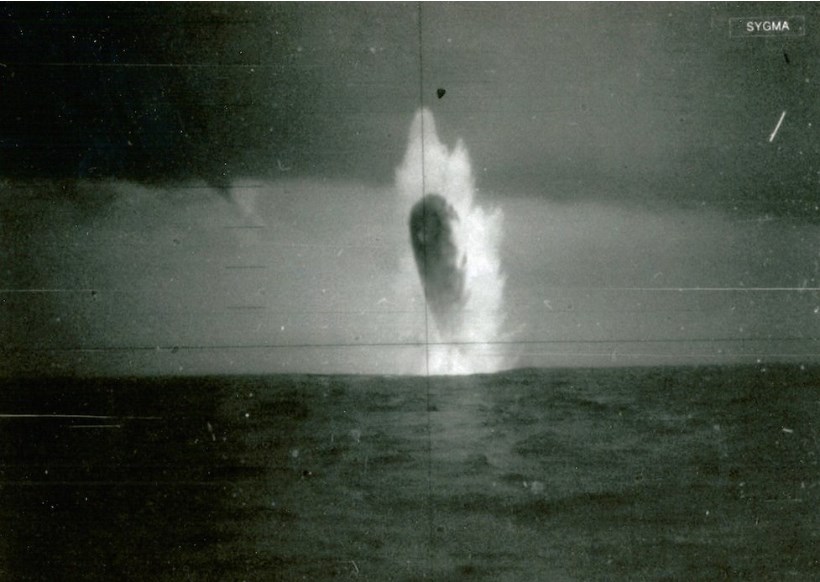 The idea of unidentified flying objects (UFOs) is no longer taboo, and has been officially verified by multiple governments around the world including the United States.  These objects are often tracked on military radars and seen by the pilots who are sent out to take a closer look. There have been millions of pages of UFO related documents declassified detailing these encounters, hundreds of testimonies from credible people within military, intelligence, and government agencies exposed, and tons of electro-optical data and physical evidence released.

In 1979, General Carlos Cavero told the world that “everything” has been “in a process of investigation both in the United States and in Spain, as well as the rest of the world. On a global scale, the nations of the world are currently working together in the investigation of the UFO phenomenon” and there is “an international exchange of data.” There are tons of similar, reputable statements like this out there, including the following one made by the first CIA director, Roscoe H. Hillenkoetter: “Behind the scenes, high-ranking Air Force officers are soberly concerned about UFOs. But through official secrecy and ridicule, many citizens are led to believe the unknown flying objects are nonsense.”

Despite the vast amount of evidence in support of extraterrestrial and UFO phenomena, the ‘secrecy campaign’ is still ongoing, influencing the minds of the masses and convincing people that it’s all a “conspiracy theory.” Perception manipulation is a tool frequently used by the ‘powers that be’ in all areas, especially within the political realm.

Whether it be a former Chairman of the Royal Navy telling us that “there is a serious possibility that we are being visited, and have been visited by people from outer space,” a former Chairman of the Senate Intelligence Committee, Barry Goldwater stating that “I do know that whatever the Air Force has on the subject is going to remain highly classified,” or an Apollo 14 astronaut  saying that  “yes, there have been crashed craft and bodies recovered,” there is no shortage of high-ranking insiders attesting to the reality of this phenomenon.

However, this goes far beyond mere witness testimonies.

One of the biggest mouthpieces for “the establishment,”  The New York Times, admitted something that the establishment has been concealing for years: UFOs are real. The Times broke the story about a secret Pentagon program about UFOs, but any UFO researcher knows these programs are far more in-depth, expensive, and expansive than anything that’s described within the article.

This was then followed by a Washington Post article written by Christopher Mellon, a member of To The Stars who spent 20 years in the federal government, holding prestigious roles including the Deputy Assistant Secretary of Defense for Intelligence in the Clinton and Bush Administrations. To The Stars is a company founded by the musician Tom Delonge, which aims to inspire a newfound appreciation for ‘the profound yet unresolved mysteries involving science and the universe,’ including UFO phenomena.

All of a sudden, after these articles, UFOs were perceived as ‘real’ within mainstream media. Many have criticized Tom Delonge and To The Stars, claiming that the company is a deep state operation looking to bring about misinformation about UFOs. Some will post pictures of Tom Delonge with John Podesta, for example, and claim that he is ‘one of them.’ However, I do not believe these accusations.

It’s similar to Harvey Weinstein being pictured with Oprah. A single image doesn’t make Oprah a rapist or a supporter of sexual misconduct, and we shouldn’t judge others based on a photograph or who they spend their time with. Tom might be completely unaware of Podesta’s reputation, as it’s quite clear his main interest is the UFO/extraterrestrial phenomenon. Delonge has done nothing but good for the UFO movement and has inspired massive awareness surrounding the subject.

Perhaps we should be more concerned with the transparency of the US government than with Tom Delonge’s motives. So far, the US government has proven that they cannot be trusted when it comes to being transparent about this subject. This is why it’s ok to have concerns about where this mainstream disclosure movement is headed, and whether or not it’s rooted in good will.

It’s evident that politicians are becoming more and more persuaded and coerced by corporations and the global elite, something Roosevelt referred to as the “invisible government” that “sits enthroned” behind the “ostensible government.” Another great quote:

The real menace of our Republic is the invisible government, which like a giant octopus sprawls its slimy legs over our cities, states and nation . . . The little coterie of powerful international bankers virtually run the United States government for their own selfish purposes. – John F. Hylan, Mayor of New York City from 1918-1925,

It remains to be seen where To The Stars will take this, but I fully believe that if there are some sort of ‘sinister’ intentions within To The Stars, Tom and most of the team probably have no idea about it. So far things are looking good, and they’ve done nothing but create awareness.

The team he assembled is actually pretty extraordinary, as their backgrounds are quite impressive, and Tom deserves all the credibility he’s garnered. Sure, there is no evidence that his claims are true (like the image pictured below), but that doesn’t mean we shouldn’t entertain his thoughts, especially given the fact that thousands of similar encounters have been reported.

Why Would Multiple Nuclear Attack Submarines Do This?

As an avid researcher into the field of UFOs for nearly half of my life, I can confidently say that not only are there unidentified crafts performing maneuvers that defy our known laws of aerospace and physics, but these crafts have been spotted entering and exiting our oceans as well. This is something that’s still new to many UFO researchers just entering the field now.

Next Post: Harvard Researchers Believe This Cigar-Shaped UFO May Be An Alien Craft