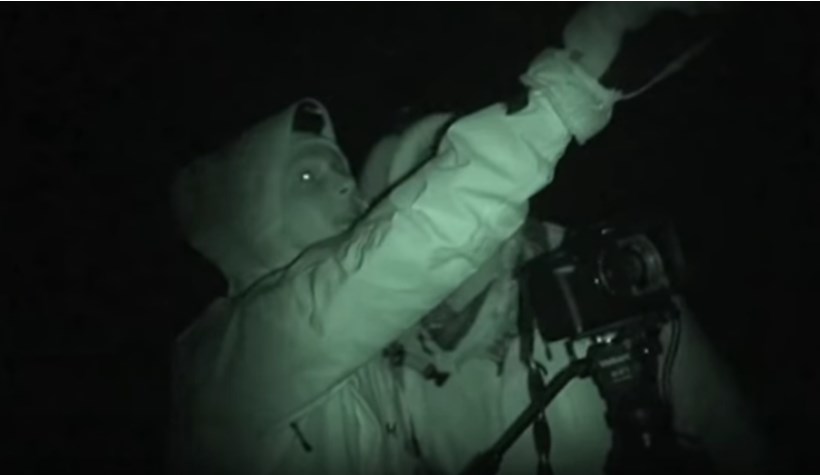 UFOs have gone from being a ‘taboo’ topic of discussion to a scientifically proven phenomenon. They’re real, and practically everybody knows it. This is evident from all of the declassified documents, witness testimonies, and electrooptical data that’s available as well as all of the mainstream ‘UFO’ disclosure that’s occurred over the past few years. We’re talking about testimonies from astronauts, generals, colonels, pilots and long-time Department of Defence and space agency scientists, like Norman Bergrun, Bob Dean, Colonel Ross Dedrikson, Edgar Mitchel, etc. The list is a very long one, and the number of testimonies reaches to well over one thousand if we look at them on a global scale.

The question is no longer if UFOs exist, but rather, who or what is behind the wheel? Just as there was evidence for UFOs decades ago when the phenomenon was referred to as a mere ‘conspiracy theory,’ the same holds true for the hypothesis that some of these objects may indeed be crafts piloted by extraterrestrial or extradimensional beings. There are plenty of reasons to assume that many of these craft are extraterrestrial, from contactee/abduction accounts as well as witness testimonies like the one included above.

The extraterrestrial hypothesis holds a lot of credibility, not to mention that many encounters with these crafts show a display of physics-defying maneuverers. This hypothesis made its way into the mainstream recently when a Pentagon official disclosed its “Aerospace Ariel Threat Identification Program.” The head of that program, Louis Elizondo, went on national television just weeks after retiring from the Pentagon stating that he believes some of these objects are piloted by intelligent extraterrestrials.

So if that’s what you believe, you’re not alone in your thoughts. Mainstream UFO disclosure requires another discussion, as it’s hard to really trust any information or perspective that comes from mainstream media these days.

There are no shortage of, what seem to be, authentic videos from very credible sources. Sure, we’ve had multiple videos and pictures of these objects released by dozens of governments worldwide, but we also have footage from a number of civilians, like you and me, who have encountered these objects and have been lucky enough to have a phone or a camera on hand.

For example, a UFO was filmed by multiple crews in Turkey on May 13, 2009, and the footage appears to show occupants inside of the craft. It made headlines over there, and is well known to UFOlogists as the  Kum­burgaz, Turkey UFO incident. There were also several witnesses from the local village. The video was ana­lyzed by the Sci­en­tific and Tech­nol­ogy Research Board of Turkey (which is sponsored by the gov­ern­ment). They concluded and vouched for its authenticity. It was filmed by the late Dr. Roger Lier, which is fascinating because he was a doctor of Podiatric medicine, and arguably the best known individual with regards to extracting alleged alien implants. He has performed more than fifteen surgeries that removed sixteen separate distinct objects. These objects have been investigated by several prestigious laboratories, including Los Alamos National Laboratories, New Mexico Tech, and many others.

The sighting in the video below comes from Erling P. Strand, an assistant professor in the Faculty of Computer Science at Østfold University College, Remmen in Halden.

The footage was taken by the Hessadalen Interactive Observatory at Ostfold University College. This particular observatory has captured and documented many strange anomalies that seem to plague the area. As far as I know, its the only official 24 hour UFO observatory in the world. Radar and cameras have tracked and filmed numerous inexplicable phenomenon in this area, with the fastest one recorded at 30,000 km per hour, which is faster than any known aircraft today.

The light phenomena here in Hessadelenm, Norway started in late ’81 with a lot of sightings. At the most it was 20 sightings a week. The local people here started to see the light down in the valley, sometimes close to their houses, and they were wondering, what could this be? (Quote from Strand, taken from The Day Before Disclosure)

Radar and camera have since picked up astonishing photos of unexplained light phenomenon. Landings have also been reported, and conclusive evidence showing earth samples have also been taken.

Below is a picture of students and scientists examining a two ton piece of turf that was cut out in the area using laser precision. It was lifted and placed a few meters away. There was no sign of machinery or people.

Next Post: The US Government Just Admitted To Recovering Materials From UFOs – Here Are The Latest Updates