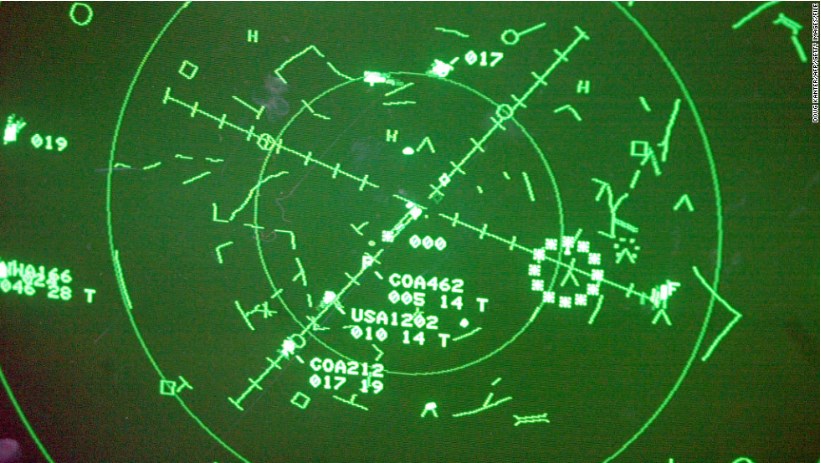 “Decades ago, visitors from other planets warned us about where we were headed and offered to help. But instead, we, or at least some of us, interpreted their visits as a threat, and decided to shoot first and ask questions after.”

Based on all of my research into this topic, which has been conducted for more than 10 years, I’ve come across a number of apparent instances where these UFO’s completely avoided our aircfract, commercial or military.

Their (the UFO) actions, based on all the documentation out there, always seem to be evasive in nature, regardless of whether these craft are human controlled, or extraterrestrial controlled.

On the other hand, it’s not the same for the human race. When an unknown object enters into sensitive airspace, it’s going to be known about, and it’s not uncommon for military agencies to scramble jets in order to take a look. This is something that’s been very well documented, based on my estimates, this is something that’s happened thousands of times around the world for decades.

“The nations of the world are currently working together in the investigation of the UFO phenomenon. There is an international exchange of data. Maybe when this group of nations acquires more precise and definite information, it will be possible to release the news to the world” – General Carlos Castro Cavero, Spanish Air Force General (0)

Another common question that comes about when it comes to crashed craft, is if they are so advanced, how have we been able to bring some of them down?

Roswell was not the only incident, I believe this to have happened several dozens of times, and I’m not the only one. From what I’ve looked into, they could disable guided missiles, nuclear weapons and electronic equipment, but were not well prepared for anti-aircraft fire (guns).

I’m not quite sure if things have remained the same.

Below are the words of Dr. Edgar Mitchell, Apollo 14 astronaut and the 6th man to walk on the moon, clearly I am not alone in my research and beliefs.

We now have statements from hundreds of credible whistleblowers on the topic of UFOs and Exxtraterrestrials.

“Yes there have been crashed craft, and bodies recovered… We are not alone in the universe, they have been coming here for a long time.”

“I happen to be privileged enough to be in on the fact that we have been visited on this planet, and the UFO phenomenon is real.

So, What Happens When They Are Tracked On Radar?

When the FAA tracks them on radar, a protocol is followedT hey report it to data collection centers, one of them being the Bigelow Aerospace Advanced Space Studies. (1) But evidence suggests that it’s not so simple as just following protocol. Retired FAA Senior Division Chief, John Callahan, shared his experience with regards to a specific UFO incident.

Representatives from the FBI and CIA showed up to find out more about the incident, and to obtain all documentation and video footage. Bigelow Aerospace Director, Mike Gold, recently expressed that he is glad somebody is taking the reports, because it is a “serious issue,” but he also said that he could not comment on what they do with them.

“If one thing is glaringly obvious, it is that the UFO phenomenon is global and has included many military encounters.” – Richard Dolan, Author, Historian, UFO Researcher.(0)


So, what happens when UFOs are tracked on military/defence agency radar? Well, the first thing that happens is that it is recorded and documented. Documents regarding UFOs and the tracking of them on radar have been declassified within the past few years, there are countless examples from multiple agencies, like the NSA.

If something is violating your airspace, and performing maneuvers that defy our understanding of physics, maneuvers that no known  air craft can perform, you’re going to want to take a closer look. As UFOs do present a number of defence, national security and air safety issues.

Next Post: Facebooker Records A Crystal Clear Video of Multiple UFOs While Driving Through The Desert In Arizona