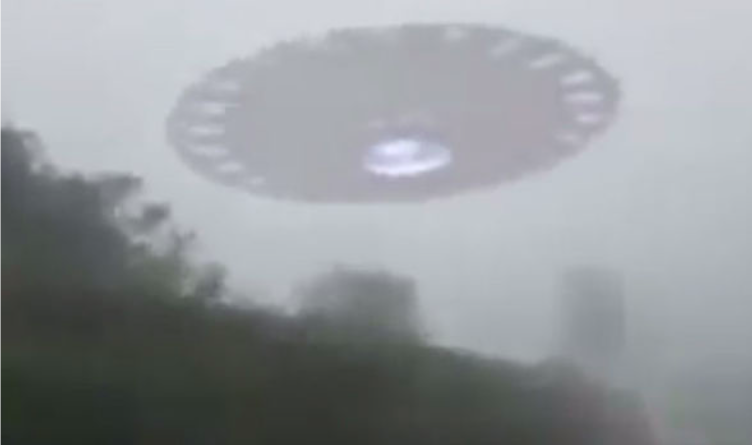 The Mutual UFO Network (MUFON) has been sent a 19-second long clip said to have been filmed in Nairobi, Kenya, African, this month.

One of the biggest complaints about alleged UFO footage is that the clips are often blurred, out of focus, or filmed from too far away.

But in the video sent in to MUFON, there is bio mistaking the flying saucer that roars over the remote road.

The footage, which has been branded a CGI hoax by many viewers, begins with someone seen filming in one of the the rear view mirrors of the vehicle.

It is overcast and raining, and the quality of the recording itself is quite poor. 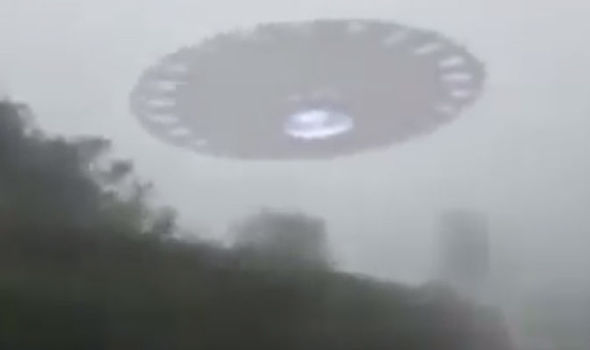 The ‘crystal clear’ UFO flies in during ‘hoax’ video. 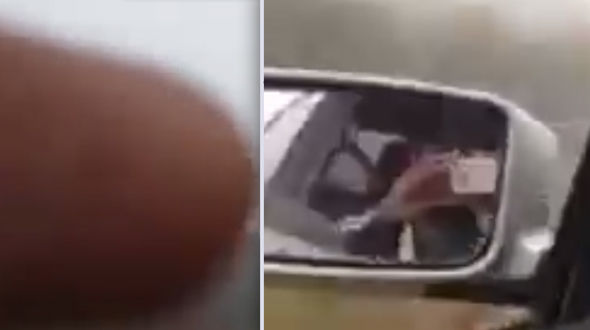 Who is he? The cameraman (right) and a finger pointing out the giant saucer (left).

Previous Post: Facebooker Records A Crystal Clear Video of Multiple UFOs While Driving Through The Desert In Arizona

Next Post: An Enormous Floating Object Appears on the Great Lakes, UFO, Ghost Ship or Something Else?