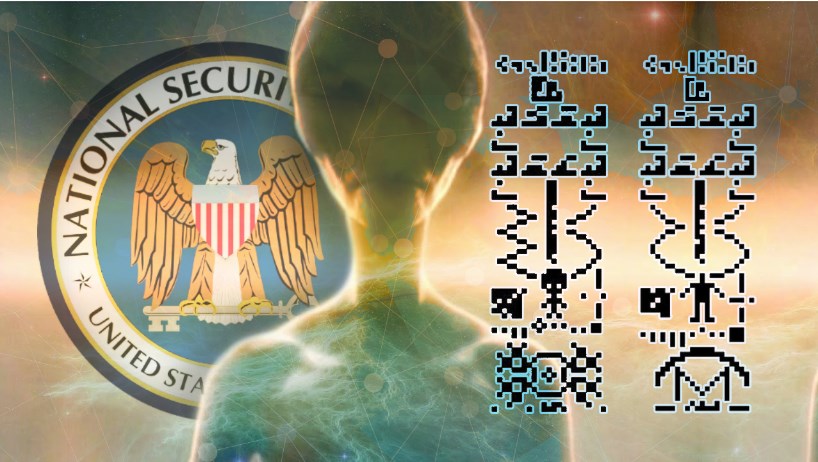 What happened on this night is an example of what has happened multiple times with regard to military encounters with UFOs. Residents of the city noticed a big bright object in the sky. The airport traffic controller also noticed, “it was an intensely bright object that was not supposed to be there.” The Iranian Air Force was contacted (at the time they were a close ally of the United States, under the rule of the Shah), and they dispatched two F-4 fighter jets to check out the object. The United States took this encounter very seriously; a report of what happened was sent to multiple national security officials and U.S. President Gerald R. Ford, CIA Director.

Both pilots, when approaching the object, experienced weapons systems and electronic failure within their aircraft.

“As the F-4 approached a range of 25 nautical miles it lost all instrumentation and communications. When the F-4 turned away from the object and apparently was no longer a threat to it, the aircraft regained all instrumentation and communications. Another brightly lighted object came out of the original object. The second object headed straight toward the F4.”

Dr. Jacques Vallee, notable for co-developing the first computerized mapping of Mars for NASA, and for his work at SRI International on the network information center for ARPANET, a precursor to the modern Internet, also published a paper in the Journal of Scientific Exploration titled “Estimates of Optical Power Output in Six Cases Of Unexplained Ariel Objects With Defined Luminosity Characteristics.”

In it is a great shot of one of these “UFOs” snapped by Canadian Military Pilots (see below).

I’d like to point out that, although the existence of UFOs is verified, the fact that these could be operated by extraterrestrials is not. That being said, just as there was a lot of evidence for the UFO phenomenon before all of this declassification, there is still “abundant evidence that we are being contacted.” – Dr. Brian O’Leary, Ex Nasa Astronaut and Princeton Physics professor.

What points to this fact, is that those directly involved with these sightings, and those who have held some prominent positions, have clearly stated, hundreds of times that some of these UFOs are indeed operated by extraterrestrials.

“This thing has gotten so highly-classified… it is just impossible to get anything on it. I have no idea who controls the flow of need-to-know because, frankly, I was told in such an emphatic way that it was none of my business that I’ve never tried to make it to be my business since. I have been interested in this subject for a long time and I do know that whatever the Air Force has on the subject is going to remain highly classified” – Former Senator Barry Goldwater, Chairman of the Senate Intelligence Committee

Whoever is in control or “in the know” with regard to this topic, it’s way above the government, and most likely managed by some sort of “secret government,” atop the “Deep State.”

Given the release of this information within these past few years, those that are mentioned in these files have come forward. One (out of many) examples would be now retired Navy commander pilot Graham Bethune, who held a top-secret clearance. He was a VIP Plane Commander who flew most of the high-ranking officers and civilians from Washington, DC. In his testimony below, he explains how he was flying a group of VIPs and other pilots into Argentia, Newfoundland, when every single person on the plane witnessed a 300 foot object that traveled 10,000 feet straight up in a fraction of a second toward their plane. As you can see from the video below, he has documented the event extensively.

To access the official files pertaining to this particular case, you can visit the government’s ‘Project Bluebook’ files to read them. You can find those links and the files for this case at the National Investigations Committee On Aerial Phenomenon.

In this interview, he states he learned that some of these objects were indeed extraterrestrial, from “the boys upstairs.”

So, as you can see, there is no shortage of information within this realm, in the form of credible sources and documents and statements from credible people. This isn’t even the tip of the iceberg.

Next Post: What Happens To A UFO When Tracked on Military Radar?